HARVEST 2021: “BIG WORRIES AT THE BEGINNING BUT THEN A BIG FINAL SATISFACTION”

The 2021 harvest ended in the 4 estates of the Domini Castellare di Castellina group and it is time to take stock. Alessandro Cellai, oenologist and vice president of the DCC group, tells us how was this season. 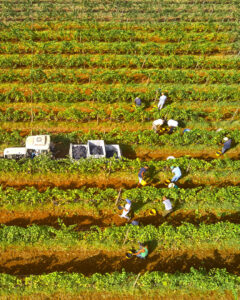 “The 2021 harvest in Tuscany was initially expected similar to the 2017 one, namely a hard vintage due to the prolonged lack of rain. The challenge we were prepared to face was to be able to keep the right degree of acidity and freshness in the berries, key aspects especially for producing well structured wines. My expectations weren’t good until the end of August, but then the decisive turning point: around 10 September, a drastic drop in night temperatures prevented the dehydration process of the bunches, thus allowing the grapes to ripen perfectly. So, thanks to this unexpected change, what promised to be a difficult year, in the end turned out to be optimal both in Castellare di Castellina, in the Chianti Classico area, and in Rocca di Frassinello, in the Tuscan Maremma. 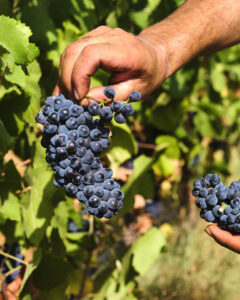 In both estates we have obtained grapes of the highest quality, especially in the case of vines such as Sangiovese and Cabernet Sauvignon which are harvested later and so benefited more than the other varieties from the drop in temperatures. Concerning the grape amounts, in Castellare we did not deviate from the average of recent years, while in Rocca there was a slight decrease due to the April frosts which compromised some fruit-bearing buds. If I had to summarize the 2021 harvest in Tuscany in few words I would say: big worries at the beginning, but then the turning point and a big final satisfaction”.

The harvest was excellent also at Feudi del Pisciotto estate, where it went on without any particular surprises. “Even in Sicily – explains Cellai – the season was characterized by a lack of rain, well compensated with emergency irrigation. Furthermore, thanks to the favorable position of the vineyards and the peculiarities of the soil, we were able to harvest quality grapes with average yields as in Castellare”.