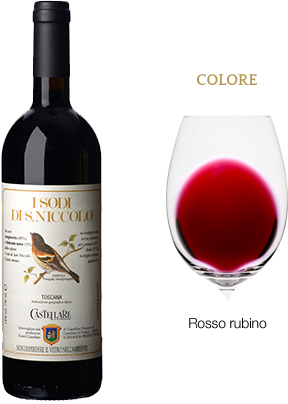 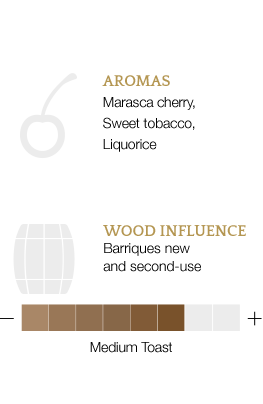 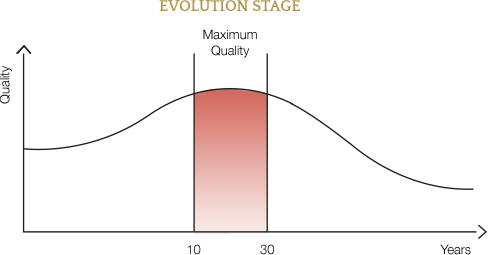 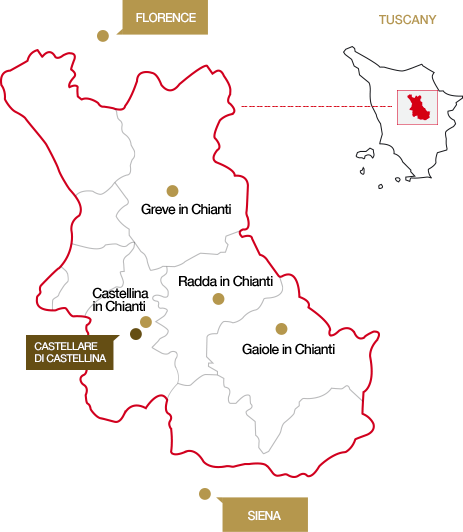 The Chianti Classico region covers an area of the Tuscan hills that stretches for about 20 kilometres in the vicinity of Siena, Arezzo and Florence. The area, classified as a plateau and lying at an altitude of between 200m and 700m above sea level, is a shield of arenaceous substrates and marlacious limestone, shale clays (galestri), sand and pebbles.
As well as the terrain's hilly geology and morphology the climate also plays its part, with high temperature ranges between day and night that make the area particularly suitable for the slow and correct ripening of the grapes. In addition to the best Sangiovese clones, the terroir hosts indigenous and international grape varieties equally capable of yielding wine of the highest quality standards.
Wine bottles from the Chianti Classico - a Controlled and Guaranteed Denomination of Origin (DOCG) area - are always marked with the Gallo Nero (Black Rooster) symbol, the emblem of the ancient League of Chianti.

Set in the hills of a natural amphitheatre facing the south-west, I Sodi di San Niccolò is an experimental vineyard planted in collaboration with the Universities of Milan and Florence and the Istituto di San Michele all'Adige for ongoing research into the best grape clones. It has excellent exposure to the sun, and the small amount of clay in the terrain allows for good water drainage. The soil's low organic content also reduces the quantity of nitrogen, at the expense of yield per hectare but in favour of a discernible quality.
The percentage of polyphenols in the grapes is high - as is their complexity and concentration in the wine - partly due to the average soil mix which has an extremely rich skeleton. The term "sodi", from which the wine derives its name, comes from the word given by Tuscan peasants to soils that are hard and stiff to work.

Discover more about the wine

Sensory Tour of the next wine